Even in these modern times, in Delaware and on Maryland’s Eastern Shore, agriculture is vital – a way of life we cherish, and an economic driver we need. And our chicken industry is absolutely essential to the region’s farmers, small business owners and everyday families.
Delmarva’s poultry industry both relies upon and supports Delmarva’s grain and poultry farmers. Soybean and grain farmers benefit from a robust local market, while poultry companies benefit from access to local feed ingredients. Raising chickens also allows farmers to diversify their farm income. 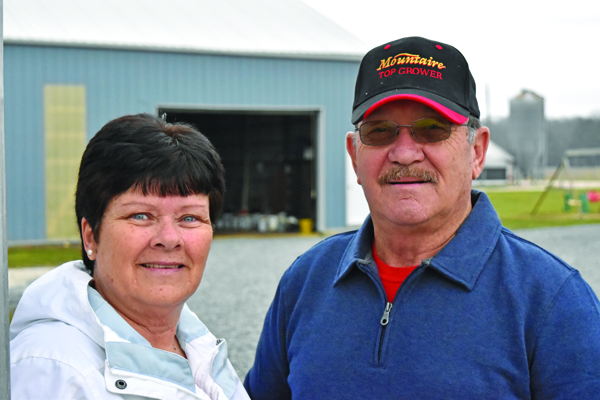 Similarly, our local communities both rely upon and support this economic engine, providing labor for jobs that are directly related to the poultry industry and its suppliers, or induced by the industry. Delmarva’s more than 1,700 chicken farms play a big role in helping keep our regional economy strong. And the farmers who raise chicken work hard delivering high quality, wholesome food while doing what’s right for the communities in which they work and live.

In 2016, the poultry industry was responsible for as much as $3.34 billion in total economic activity throughout Delaware and $3.96 billion in Maryland. All told, the industry and its employees paid about $419 million in federal taxes and $199.8 million in state and local taxes in 2016.

“Nearly every business on Delmarva – including small businesses – is positively affected by the chicken industry,” said Bill Satterfield, Delmarva Poultry Industry, Inc.’s executive director. “These numbers reinforce just how important the chicken industry is to the region, and they show the industry growing at a calm, sustainable pace.”

Learn more about how chickens are grown

Meet the farmers growing the highest quality food, feed and fiber products for their families and yo

Can you imagine going through life without any of these products!? Animal by-products are just as important as the primary (edible meat) products.
📸: Farm Credit of Virginia #MyMdFarmers #agriculture #AgEducation #askafarmer ... See MoreSee Less

Just think... someone out there rubbed brain all over their face last night. 😊😊😊😊

"Great training, right amount of time (not too long), great lunch" remarked one of our attendees at yesterday's Charles County Tractor College event! Thanks to the Charles Soil Conservation District for hosting us.

The 2023 Maryland Grain Producers Scholarship is open and accepting applications until January 31st! This year they have new opportunities for grain producer members attending a secondary institute and for non-members studying agriculture. For more information visit our website: marylandgrain.org/scholarship-3/ ... See MoreSee Less